Let us begin with a definition to the phrase “social network”.

A social network is a social structure consisting of a group of nodes, which are social objects.

Social network is an interactive multi-user website, the content of which is filled in by the network participants themselves.

As a result, the term “social network” includes, without exception, all interactive websites whose content is filled in by the users themselves. These sites include:

The creators of social networks themselves usually call their large portals combining many different services + the interface of profiles and people search (the usual standard), which is present on all dating websites – “Social Network”.

That is their own business, for most people though, they remain just portals that belong to the category of entertainment. Why exactly “entertainment” you ask. Because 70% of them, most of them use their free time that they could spend to various other events such as watching TV, sleeping, walking with children, husband, wife, etc. 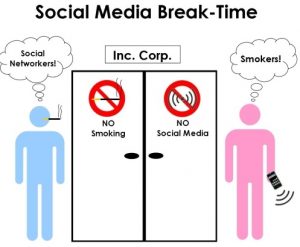 20% – yes, 20%, no less than these are people who so often make us nervous and indignant, with their spam mailings and other nonsense, lovers of “what’s hotter» open their communities and websites with obscene content of videos, photos, also belong to them. Why sending spam to everyone else for an invitation to visit their “hot communities and websites” and advertising links under various pretexts, not to mention girls and women engaged in prostitution who openly open their offers and engage in self-promotion. The remaining 10% are people who are mentally and morally-spiritually unformed, most of whom are children aged 8 to 18 years, who lose their sense of the realities of life, because most of them instead of taking lessons, reading a book, going to the pool, cinema, a walk with friends, parents, etc. they will choose “soulless” and virtual entertainments, and they themselves do not appreciate all the nuances of the existence of “social networks” and the cultural and moral foundations of mankind! 1/3 of these 10% are already quite mature people, but for one reason or another, unfortunately they also misunderstand human values. However, this is of little concern for the creators of social services themselves, all their worries, unfortunately, consist only in attracting huge traffic and selling advertising spots.

Learn more about dangers or pitfalls on social networks

Due to the specifics of social networks, Internet advertising hidden in social networks can have a negative impact on a child and adolescent. As the research shows, most visitors to social networks are unaware of advertisements posted on social networks or are even inclined to not notice this advertisement. This study was conducted mainly among the most active adult users of the most popular social services from 18 to 24 years old; Is it worth talking about students who are much more loyal to advertisements, much less critical to network content and usually soak ads like a sponge? 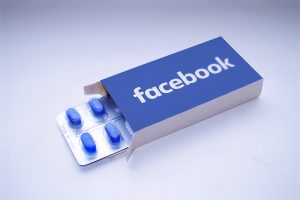 Advertising is far from the greatest danger potentially posed by popular social networks. The fact is that in the USA, the main “children’s” problem is pedophiles who have chosen the most visited, not only in the American segment, but also throughout the Internet social network Myspace. The administration of the MySpace service regularly “lights up” in scandals related to the sexual exploitation of children. The social network has become a favorite haven of hundreds of pedophiles, in connection with which, the New York authorities even had to take a special measure to oblige people who were involved, even in the distant past, for depraved acts against minors, to disclose to the police all “coordinates”.

Thus, the email addresses, registered domains, all the pseudonyms used by the person on the Internet and, of course, the social network accounts of more than 25 thousand people who were on the “black lists”, fell into the possession of the New York City Police. Although the register of sexual rapists is suitable for reducing crime using popular social networks, such a measure was not 100% effective. Indeed, in addition to the “former” pedophiles, whose personal data can be found using a special database, pedophiles “future” also visit the World Wide Web. In addition, pedophilia is a disease that can hardly be cured. Not every “patient” has “consciousness” in order to allow himself to be supervised.

Most blogs have relatively neutral (for the Internet) advertising. All sorts of runners advertise consumer goods and, in the worst case, resources containing links to download pornography.

However, the blogosphere is potentially fraught with much more serious dangers. The thing, as in the case of social networks, is the peculiarities of the blog environment, “built” on the trust of people to each other and constant interaction. 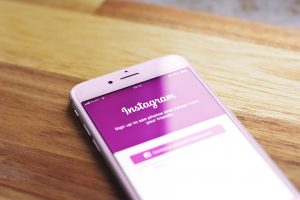 As a well-known publication on advertising observes, “the degree of loyalty among bloggers to each other is often very high, since communication in a network community is built on friendships.” However, in a society of normal people, friends, it is customary not only to believe, but also to borrow something from them. Such unlimited trust, as well as the confidence of many bloggers that their unknown friends keep a blog with the same goals as themselves, lead to the most unpredictable consequences.

In July 2008, a 49-year-old American appeared in court for committing suicide to a 13-year-old girl, the owner of an account on a blog service, talking to her on the Internet under the guise of a 16-year-old.

As the American police found out two years later, the deceased girl named Meghan was friends with her daughter Drew, who became the “culprit of the process.” When the girls quarreled, Drew, 49, under the name of the non-existent 16-year-old George Evans, began to communicate with her daughter’s ex-girlfriend. Therefore, she wanted to find out what Meghan thinks of her. For several weeks, “fictitious George” flirted with Meghan, and then began to insult her. The last message from Josh’s account contained the phrase “the world would have been better without you.” After 20 minutes, Meghan’s mother found her daughter hanged. 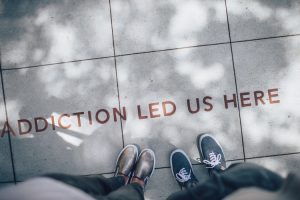 Upon learning of the death of the girl, Drew destroyed the account of George. However, Meghan’s parents learned from neighbors who were hiding under his nickname. At first, Drew denied registering with MySpace under a fake name and sending messages to Meghan and only two years after the tragedy, 19-year-old Ashley Grylls, who worked at Drew’s advertising agency, said that it was she who, at the request of the accused, registered George’s fictitious account – it was only due to this accident that the case was “unraveled”.

In light of the above, of course, you should not completely abandon electronic communication and various social networks. The fact is that the above cases are special (although there are more and more such “special cases”). Blogs and popular social networks are the most interesting resources that help to create new interests, promote self-education and allow you to change the angle of view on some things. The main thing is that, regardless of the angle, each user casts a critical eye on the Internet, appreciates the life of its values, relatives and friends, and always remembers that there are no safe websites.

Get Your Blog Google-Ranked In 30 Days or Less

Top SEO Tips for 2019 Ideas You Need for Online Success

SEO, Internet-Marketing And E-commerce Trends In 2019